Every industry has its jargon, and that’s certainly true of the energy and energy efficiency sector too. So, we’ve put together a glossary of terms to explain some of our more commonly used terms.

A state in which no greenhouse gases are released into the earth’s atmosphere, meaning no carbon removal or negative emissions technologies are used to balance carbon emissions. See also Net zero.

Carbon dioxide (CO2) is released or ‘emitted’ into Earth’s atmosphere mostly by the burning of fuels containing carbon, as well as through the decay of plant matter. Carbon emissions are naturally removed from the atmosphere by plants which absorb carbon to build their tissues, and by being dissolved into the ocean. However, since the 19th century the amounts of carbon emissions have increased hugely as we burn more and more fossil fuels for energy. CO2 in the atmosphere it acts as a blanket to slow the loss of heat from Earth into space, causing global warming.

A carbon offset negates the overall amount of carbon released into the atmosphere by supporting a climate positive campaign elsewhere, such as funding a renewable energy project.

Achieving a minimum level of energy use within a building to reduce wasted energy, whilst maintaining desired levels of heating, lighting, and cooling.

Energy performance is a measure of the energy efficiency of a building, measured by the amount of energy required to provide lighting and heating for the building.

An energy assessments is an examination of a building to find out how much energy is being used within it, and to identify improvements which would reduce energy use.

A device that measures the amount of electricity used.

A standard unit of electrical power equal to 1,000 watts. A kilowatt hour is a unit of energy equal to one kilowatt of power expended for one hour.

Megawatt – a measure of electrical power equal to one million watts. A megawatt hour is a unit of energy equal to one megawatt of power expended for one hour.

An EPC – or Energy Performance Certificate – is a document for residential properties designed to  inform potential buyers or tenants about the energy performance of a building, so they can consider energy efficiency and running costs as part of their decision. The scale runs from A-G , with A being the most efficient. 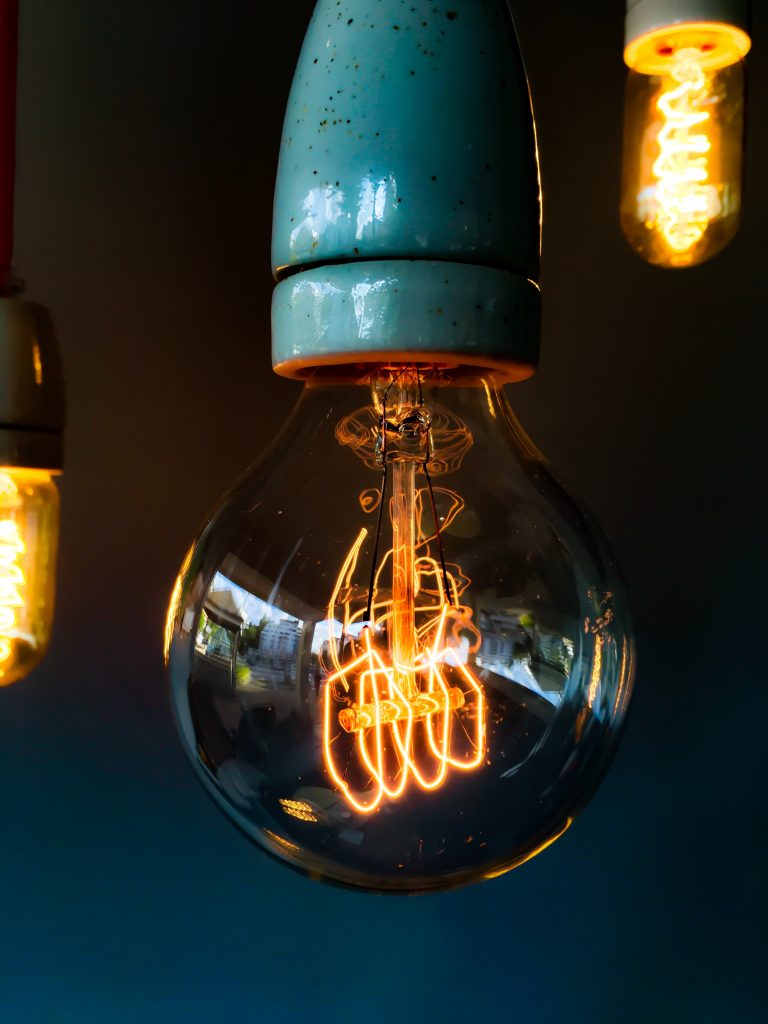 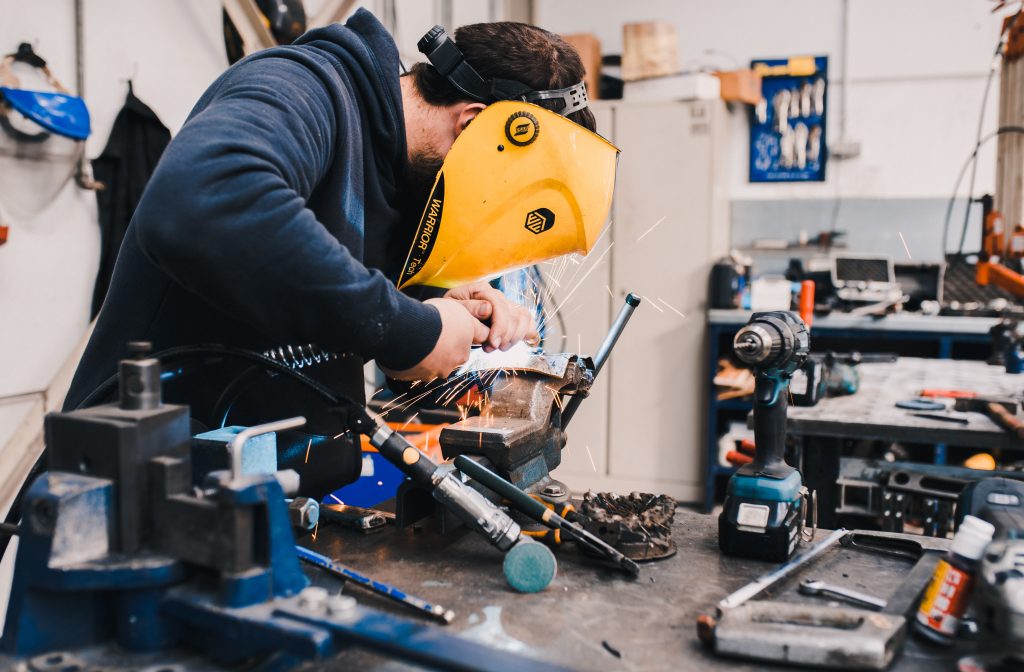 What is an Energy Services Company (ESCO)?

An Energy Services Company (ESCO) is a company which has been set up to offer energy services to energy end users. In our case, this energy service is delivering energy efficiency improvements as a service. The ESCO acts as the project developer or project manager, meaning that they take a project from beginning to end…
Climate crisis Energy efficiency Article
Read now >
See also: What is an Energy Services Company (ESCO)?
Climate crisis Energy efficiency

An ESCO – or Energy Services Company – that specialises in managing energy improvement projects. The ESCO may perform any or all of the following services: auditing, developing packages of recommended measures, arranging financing, installing or overseeing installation of measures, resident and staff education, equipment commissioning, maintenance, measuring, verifying, and guaranteeing savings. Find out more.

Airtightness refers to how much air is moving in and out of a building. Typically, the more air tight a building the more efficient its energy use, as less energy is being lost through leaks in the building’s fabric. However, at the same time, controlled ventilation must be in place to allow for air flow. See ventilation.

Biomass (also known as biofuel) is plant or animal material which is burned for use as fuel to produce electricity or heat. Examples are wood, energy crops and waste from forests, yards, or farms. This is classed as a carbon neutral process, because the carbon dioxide released during the generation of energy from biomass is balanced by that absorbed by plants during their growth.

Insulation refers to a material (wool, wood fibre etc) which is used to prevent loss of heat. It can refer to insulation of a building itself (cavity wall, internal wall, external wall, loft etc) but you can also insulate smaller elements, such as insulating a water tank or hot water pipe to reduce heat loss and optimise the efficiency of the part. 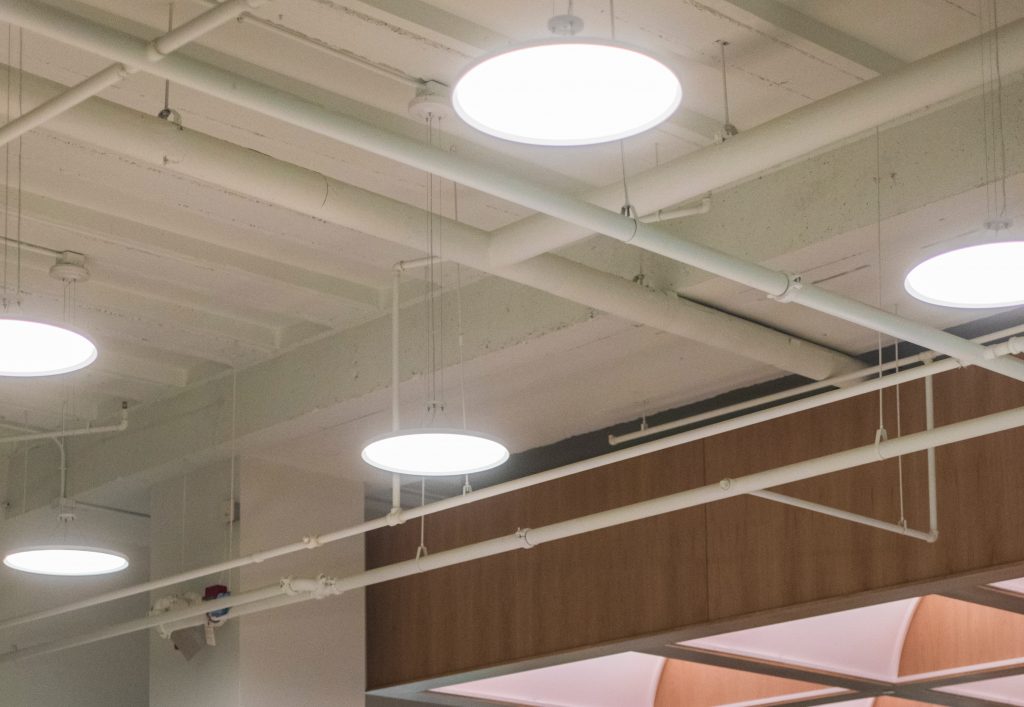 Are your workplace LED lights too bright?

Replacing any traditional incandescent lights in your workplace with LEDs is a great energy improvement to make. LEDs are more efficient types of light, meaning less energy will be wasted in your workplace, cutting your energy bills and carbon emissions. However, we often find that once a business has made the switch to LEDs, they…
Energy efficiency Energy tips Lighting Article
Read now >
See also: Are your workplace LED lights too bright?
Energy efficiency Energy tips Lighting

An LED – or light-emitting diode – is an electronic device made of semiconductors that emits light when an electric current is passed through it. They are much more efficient than traditional halogen bulbs which waste a lot of energy as heat. Find out more.

A retrofit improves the energy performance of an existing building, making improvements and upgrading existing appliances.

The process of supplying outdoor air to or removing indoor air from a building by natural or mechanical means. Controlled ventilation is necessary to maintain the health of a building and prevent damp and mould.

Want to add a term to our glossary?

We’re sure there are plenty of energy-related terms that we haven’t managed to include. Drop us an email if there’s one you think should be in this glossary.

With rising energy prices many businesses are looking for ways to save energy while also making their enterprise more sustainable.  Businesses making energy saving upgrades can help futureproof their organisation from significant price rise shocks and reduce exposure to the impacts of a volatile energy market. What’s more, buildings account for around 30% of all…
Energy efficiency Energy tips Heating Lighting Renewables Article
Read now > 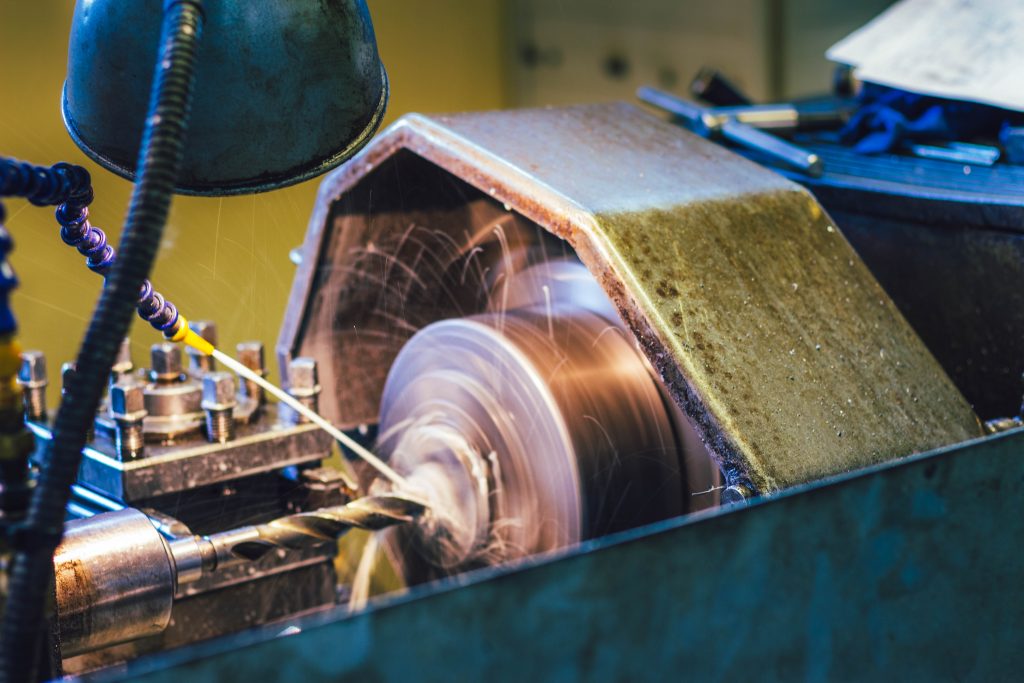 The most common energy saving opportunities for manufacturing businesses

Manufacturing and engineering businesses tend to be high energy users, with annual energy bills well exceeding £10,000. Not only does this cut into business profits, it also needlessly adds to overall carbon emissions from human activity – which, as you’ll be aware, are already dangerously high. This means there’s huge opportunity in the manufacturing industry…
Energy efficiency Energy tips Article
Read now > 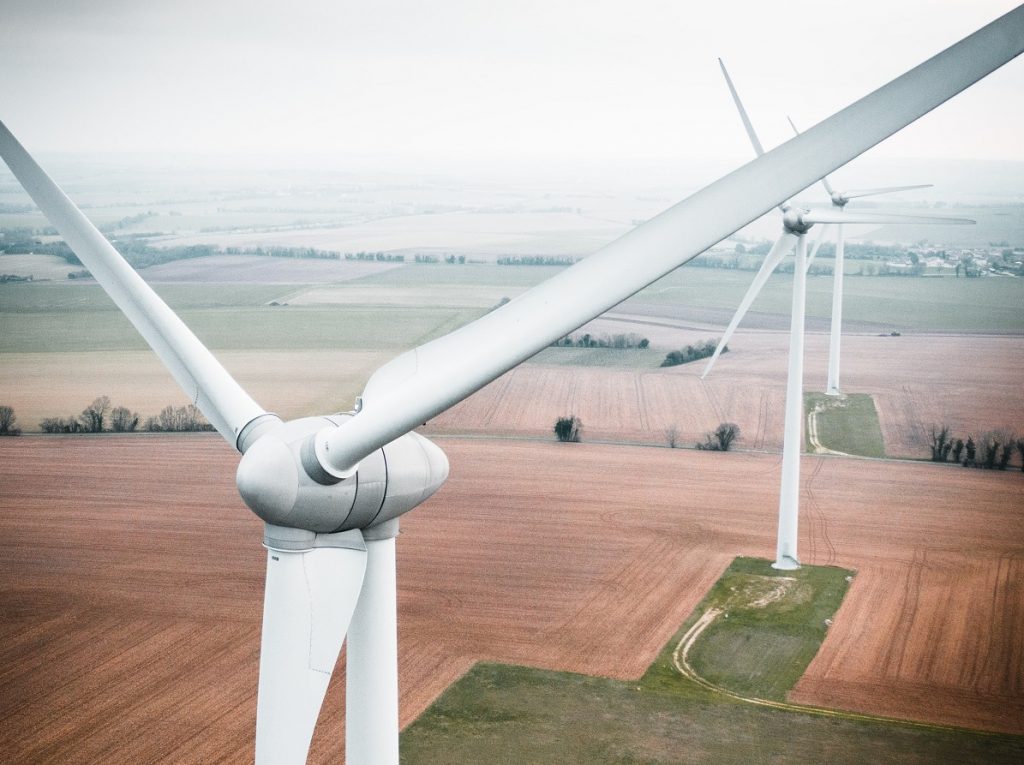 According to newly released report ‘Where we were, where we are, and where we’re going’ published by kMatrix the UK’s low carbon economy is worth more than £200bn, four times the size of the manufacturing sector (worth £55.6bn), with growth expected to accelerate in the coming years. Stay up-to-date with the latest news The Sparks…
News and reports Article
Read now > 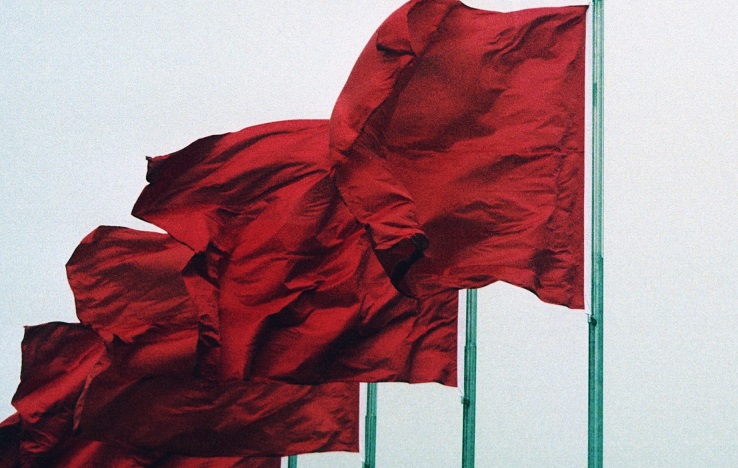 Red Flags or Green Credentials: get the right recognition for your organisation’s climate change action

Connor Enright is a Consultant at EP Group (formerly EnergyPro Limited) – one of the three project partners working on Energy Solutions Oxfordshire. In this article he explores the good and bad of corporate action against climate change – including useful advice for organisation’s who are looking to reduce the environmental impact of their energy…
Climate crisis Energy efficiency Energy tips Article
Read now > 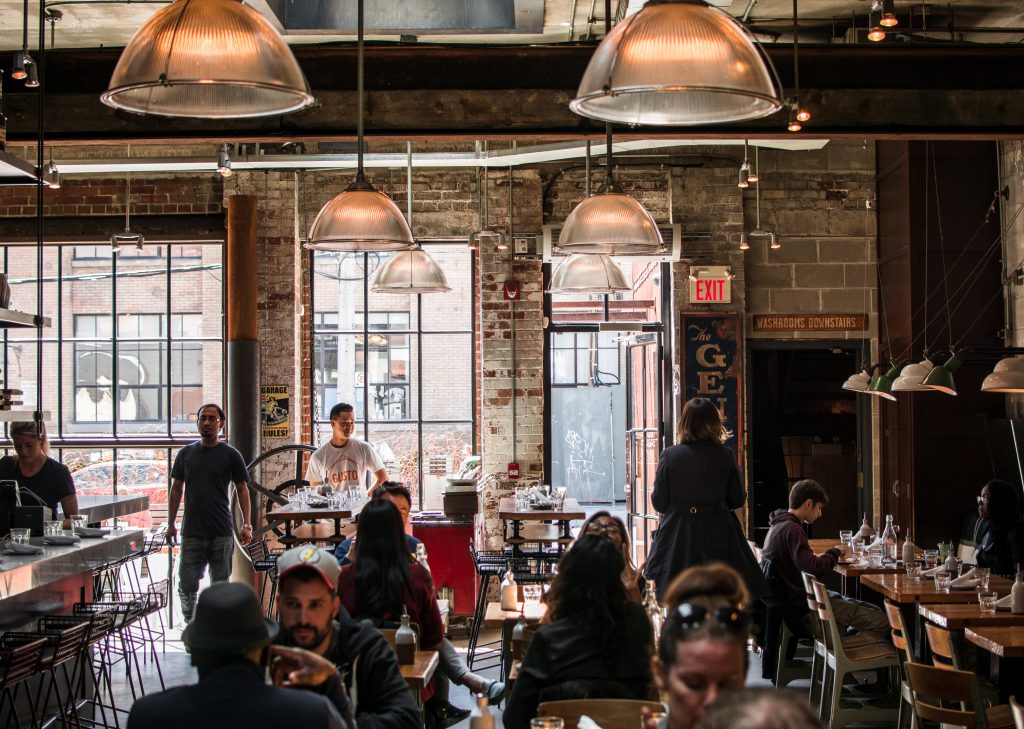 Over 60 businesses and organisations registered

We’ve had an amazing response to the launch of the UK Community Renewal Fund, with over 60 businesses and organisations keen to get started improving the energy efficiency of their workplace. Support spaces are limited, but it’s not too late to sign up and register your interest. A waiting list is in place if any extra…
Climate crisis Energy efficiency Energy tips Events News and reports Article
Read now >
Sparks Articles Energy efficiency: a glossary of terms